Will the 'Game of Thrones' Heir Still Be a Winner When it Comes to Taxes?

Chances are, the Westeros Revenue Service (WRS) has its eye on that dagger, Catspaw, for gift taxes; and what with all the deaths that have occurred, don't get us started on estate taxes.

When you’re a tax pro, watching Game of Thrones comes with some occupational hazards. Where most viewers see drama, betrayal and the epic rise and fall of legendary kingdoms, we tax folks tend to see ... tax issues. So, with this Sunday's episode the final one remaining in the landmark HBO series, I found myself with a few tax questions and considerations for those lucky characters who have survived (so far) those lethal power games.

One thing I'm certain of: Whoever sits upon the Iron Throne when the final credits roll had better have a good tax preparer. Here's why that's so (and, as is now mandatory at this point: warning: spoiler alert!):

Obviously, the last three weeks of battles with the living as well as the undead have left the seven kingdoms in ruins. Disaster losses will be extensive, especially up north in Winterfell and down south in King’s Landing. And let's not forget that lost fleet of ships! The WRS (Westeros Revenue Service) can expect to see casualty and disaster tax losses on many of next year's returns.

If your own business is affected by a casualty or disaster loss, you need to be aware of the changes to deductions. A loss is deductible only if it occurs in a federally declared disaster area, which often occurs for large natural disasters such as hurricanes, flooding, and wildfires. For example, if a building you own was damaged in the Nebraska floods and winds this past March, you need to understand how that would affect your taxes.

In a world with so much, um, leadership turnover (to put it gently), gift and estate taxes are sure to come into play. In a pivotal moment last season, Bran Stark gave his sister Arya the priceless dagger catspaw (named for its original assassin-owner). Maybe it was a tax-free gift or maybe a gift so valuable it could have an impact on estate taxes for Winterfell later; or maybe it was a payment for services. Whatever the case, there are some possible tax issues to be resolved.

For your own business, it is critical that you track all gifts you receive, to understand the impact on your taxes. Alternately, if you give a business gift, it is still deductible, even with the new tax law changes.

Several of those who did survive the battles are now likely to find themselves the head of their houses. Samwell Tarly, for example, is the last surviving heir to one of Westeros's oldest and richest estates, making him the heir to that huge castle, land and sword; and he may owe taxes from all that value at the time of (his family members') death. That amount can’t be small -- likely in the hundreds of thousands of golden dragons -- and hopefully, he's prepared for this eventuality by having saved some of his pay from working in the Citadel or protecting the realm up at the (now-destroyed) Wall.

Another estate issue springs from Khaleesi devotee Jorah Mormont, who died in the White Walker battle. Someone is going to need to file a return for Jorah's estate, his dad’s piece and maybe the pieces his nieces had. Plus, as happened with Sam's estate, the Mormonts had quite some bling at one time, so a chunk of estate tax is probably coming due.

But help is on the way: The Tax Cuts and Jobs Act raised the estate tax exemption to $11 million or so per individual and roughly doubled the amount of exempt assets from the old law. Now, only the wealthiest of the wealthy will likely have to pay. Still, it remains a hot issue and could slap the uninformed with a big tax bill. Families with farms or entrepreneurs with small businesses are of particular risk for this tax and often have to borrow or liquidate to pay it when the death of the owner makes the tax come due. If you think you might owe estate tax, you can do a quick calculation here.

I'm not sure who will be preparing returns for the surviving Unsullied. I anticipate they’re classified as independent contractors working for Daenerys Targaryen (because they are free men, after all). But, if they are contractors, they have a more complex return, including deductible expenses for travel costs, work equipment, weapons and tools plus training, and more. Some good news for those guys: They don't seem the kind likely to incur much in the way of entertainment expenses.

For American taxpayers with their own small or side business, there is much good news in the tax law. If you are a ride-share driver or rental-property owner or even own a small internet side business, the deductions for a small business are numerous and large and limited only to the connection to your business or activity.

I might pose the same question for the Dothraki warlords ... but something tells us that no one is going to line up to audit them. They could probably deduct all the horse expenses and travel costs, however, if they care to.

We’ll all have to watch what happens with Jon and Daenerys in the series finale. Marriage may not be in the cards -- she is his aunt, after all, and has a serious tendency toward vengeance -- but the two seem to be on a path to some kind of formal partnership. Will they file as a partnership or, more likely, will one file as a sole proprietor? Who can predict?

The form of business they choose will determine which income-tax return form they will have to file. And these are important considerations: The structure you choose for your own business can have a tremendous effect on your taxes, so it is important to consult with both a tax professional and a lawyer before deciding.

I suspect, however, that Jon and Dany won’t be making that decision themselves; the Game of Thrones showrunners will ultimately make that choice for them.

And when you get down to it, it's that complexity that's attracted so many of us to Game of Thrones. Those subtleties, open questions and shades of gray are what make Westeros feel real and alive to us, and closer to our own world. They also account for the tremendous value the series places on wise counsel.

Savvy characters who grasp complexity -- like Tyrion and (the late) Varys -- are the most valuable resources that the story's rulers have at their disposal. In the end, while my purpose here is lighthearted, the more serious takeaway for you as an entrepreneur is to surround yourself with smart counselors who know taxes. That way, no matter what the tax issue, when winter comes, you will be prepared.

Mark Steber is Senior Vice President and Chief Tax Information Officer for Jackson Hewitt. With over 30 years of experience, he oversees tax service delivery, quality assurance and tax law adherence. Mark is Jackson Hewitt’s national spokesperson and liaison to the Internal Revenue Service and other government authorities. He is a Certified Public Accountant (CPA), holds registrations in Alabama and Georgia, and is an expert on consumer income taxes including electronic tax and tax data protection. 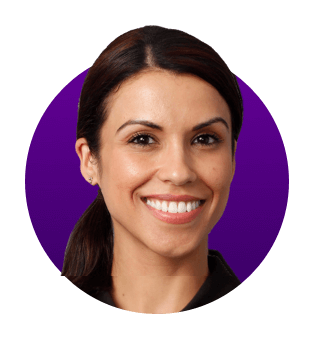 We fight for you

We won't stop until you get every dollar you deserve, guaranteed. It's what we've been doing for over 35 years.