or
FILING YOUR TAXES

There are many changes taxpayers may have experienced over the past year, not just because of the pandemic but also due to normal life changes like getting married or divorced, having or adopting a new child, receiving stimulus payments, or employment changes. All of which can change a taxpayer’s tax situation.

They may be eligible for credits like the Earned Income Tax credit (EITC), Child Tax Credit, or Recovery Rebate Credit this year and with these new changes, errors or misunderstandings may have occurred when filing. When this happens, taxpayers should file an amended income return.

Why would I need to file an amendment?

For example, if a taxpayer had a job for Christmas that ended January 8, 2020, but did not have the W-2 when they filed their tax return, they now must file an amended return to include the additional W-2 income and withholding.

Taxpayers who may have forgotten a W-2 for $100 in wages when filing their 2020 tax return may think they can wait until next year to include these wages. However, taxpayers cannot just add a different year’s income to another tax return – it must be reported on the return for the year it was earned.

Some taxpayers may think the IRS will alert them if they missed a credit that would give them a bigger refund, but the IRS won’t just do it for you. They aren’t obligated to correct taxpayer’s mistakes and they can actually take up to two years to notify them of an error that requires them to pay more in taxes, and that increases any penalty or interest they may owe, too. But to be clear: The IRS doesn’t look at your return to add benefits to it – EVER. A benefit left off stays off – forever.

Taxpayers who received unemployment benefits in 2020 may have thought they needed to file an amendment this year because they are now eligible for different tax treatment of their unemployment benefits if their income is less than $150,000. Under the American Rescue Plan Act of 2021, the first $10,200 in unemployment income per taxpayer is now tax-exempt, retroactive to 2020.

The IRS announced on March 30 their process for how taxpayers who have already filed their 2020 taxes can claim the first $10,200 as tax-exempt: they will be automatically refunding money this spring and summer. Most of these impacted taxpayers will NOT need to amend their 2020 tax return in order to receive this particular refund.

Taxpayers may not be aware of some very important and helpful credits this year. One of the biggest credits this year is the Recovery Rebate Credit, which can be used to recover any stimulus money that a taxpayer didn’t receive. If a taxpayer was eligible for a higher stimulus payment than they received for the first and second payments, they can claim the Recovery Rebate Credit for the additional amount. However, taxpayers who did not receive all of their third stimulus in 2021 will have to wait until they file their 2021 tax return to claim the Recovery Rebate Credit for that payment. Taxpayers should speak with a trusted Tax Pro about filing an amendment if they believe they could have claimed this credit on their 2020 tax return.

There is a new lookback for taxpayers who may be eligible to claim the Earned Income Tax Credit (EITC) and Additional Child Tax Credit (ACTC) this year. If they didn’t know about this new rule, the lookback, until after they filed their 2020 tax return, they may need to file an amendment.

The lookback rule refers to letting taxpayers “look back” to their 2019 earned income amount to calculate their EITC and ACTC and allows taxpayers to use the best year for each credit – as long as the taxpayer’s 2020 earned income is less than their 2019 earned income. This could result in a refund of some additional EITC and ACTC amounts during this financially challenging time. But it’s important to note that this lookback rule isn’t automatic and many taxpayers did not use the lookback. Taxpayers, or their Tax Pro, must take the time to compare the total 2019 and 2020 earned income and calculate the credits using both to determine which choice is better for them and their family. If using the prior year earned income results in a larger credit amount for either or both credits, the taxpayer may need to file an amended return to receive the additional refund.

Taxpayers who have already filed their tax returns with another preparer may be eligible for a free Refund Recheck at their local Jackson Hewitt office. An expert Tax Pro will review their return to ensure they received every credit and deduction they deserved. If it turns out that the taxpayer is eligible for a larger refund, they can choose to file an amendment.

Filing for an amendment

To file an amended tax return, taxpayers will need to use the current Form 1040X, which can now be filed electronically. Taxpayers should make sure to identify which year they’re amending at the top of Form 1040X page one. To complete the amended return they’ll need to:

Form 1040X, Page 1 has three columns. Column A shows amounts from the original return. Column B shows the net increase or decrease for the amounts you are changing, and column C shows the corrected amounts. Taxpayers should explain what they are changing and the reasons why on Page 2 of the form.

If a taxpayer is amending more than one year, they must use separate Forms 1040X for each tax year. In addition, each year should be sent separately to the IRS.

When taxpayers send their amended tax returns to the IRS, they also need to include copies of all other schedules or forms that have changes, any new forms created, and any W-2s or 1099s received after the original tax return was filed. Do NOT include a new Form 1040 with the return. If a form was changed between the original or amended returns, write “AMENDED” at the top of the changed form. Make sure you include any NEW W-2s or 1099s reported on the amended return, but DO NOT include W-2s or 1099s that you sent in with your prior return.

Generally, if a taxpayer amends their federal return, they must also amend their state tax return. If they forget this step, it could cause a lot of headaches down the line since the IRS notifies the state of any amended return received. So – when amending – do both federal and state (if there is a state return requirement).

It can take up to 16 weeks, or four months, for the IRS to process an amended return. So don’t get in a hurry! It could be shorter or longer, but generally, it takes several weeks. During this COVID-19 time, amended returns are often taking even longer to process. And states can take just as long!

If a taxpayer decides they want to amend a tax return, it’s important it’s done right. So, it’s a good idea to schedule an appointment with a Tax Pro today at jacksonhewitt.com. 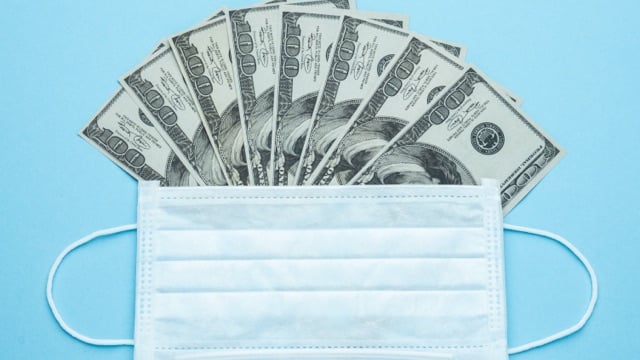 The Coronavirus Aid, Relief, and Economic Security Act (CARES Act) was created in response to the COVID-19 pandemic to provide aid, relief, and increased economic security to affected individuals. The Act provided specific aid and tax benefits for taxpayers who needed to withdraw more money than usual from their retirement and 401(k) plans during the pandemic. 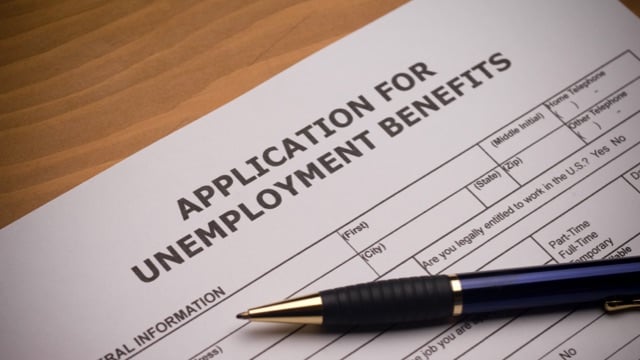 Covid-19 Tax Changes for the Unemployed in 2021

Were you unemployed in 2020? These tax opportunities may help reduce your tax burden or increase your refund. 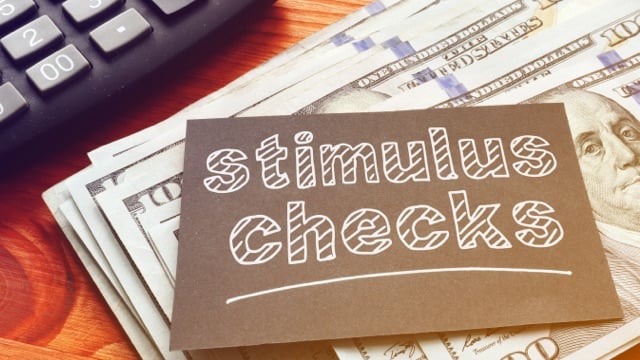 Second Stimulus Check Reconcilement: What You Need to Know

Is the stimulus check taxable? Do you have to pay it back? All your questions about the recent EIP answered.